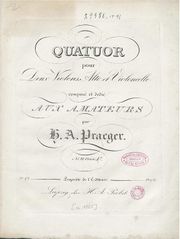 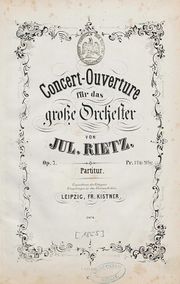 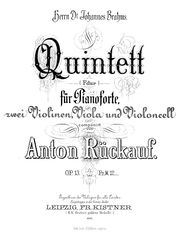 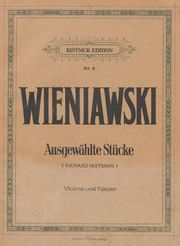 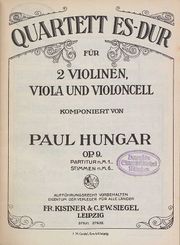 In the decades following Kistner's death, the emphasis on German and Central European composers continued, with first editions by Liszt, Reinecke, Smetana, Franz and Bruch. The Kistner firm was sold in 1919 to brothers Carl and Richard Linnemann, proprietors of the rival Leipzig publisher C.F.W. Siegel since 1869. At this point Siegel, 80 years old, had a stock of 16891 editons, while Kistner, 100 years old, had 10924 editions. The name was changed to Kistner & Siegel in 1923.

Though devasted the by allied bombing of Leipzig in 1944-45, the firm re-opened after the war in West Germany in 1948.

Many of the editions of Probst were reissued by Kistner with the same plates but new title pages.
Dates in italics are estimated.