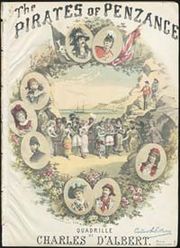 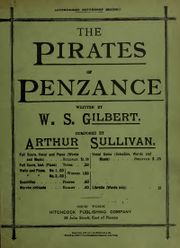 On 3 December 1810, the composer Johann Baptist Cramer, along with Francis Tatton Latour and Samuel Chappell (1782-1834) formed a partnership in London, naming it after Chappell. The new firm sold pianos, promoted concerts, and other musical activities along with publishing music. Cramer withdrew from the partnership in 1819, and Latour in 1826. Despite this, Chappell formed partnerships with the London instrument makers George Longman and T. C. Bates. After Chappell's death, Emily Chappell (his widow) continued operating the business along with her son William (1809-1888). William Chappell was conspicuous in the founding of the Musical Antiquarian Society, which met at Chappell's premises. William published the first volume of the society's publications in 1840. However, he later left the firm by 1844 to join Cramer and Beale (thereafter Cramer, Beale and Chappell).

William's brother Thomas Patey Chappell (1819-1902) expanded the company greatly, with piano manufacture (1840s), while the publishing division concentrated on light dance music by composers like Charles D'Albert and light opera - starting with Balfe's The Bohemian Girl in 1843. The youngest brother, Samuel Arthur Chappell (1834-1904) directed a series of concerts sponsored by the firm, featuring artists such as Clara Schumann and Piatti in addition to organizing Dickens public readings (1866-70). The firm's emphasis in light opera resulted in the establishment of a relationship with Gilbert and Sullivan by the late 1870s, which resulted in Chappell's publication of the vast majority of their output.

After a brief dip, William Boosey came to the firm (1894), expanding its concert promotion business. Under Boosey's leadership, Chappell was a notable force in campaigning against musical piracy - contributing to the Copyright Act of 1906. From 1915 to 1926, Chappell managed the Proms concerts held in London's new Queen's Hall.

There was considerable interchange between London and New York popular music publishers in the first half of the 20th century, as can be seen from the relations between Francis, Day & Hunter of London and T.B. Harms of New York. So it was not surprising that Chappell was sold to the Dreyfus family in 1929. Max Dreyfus was the owner of T.B. Harms (New York), the giants of Tin Pan Alley and Broadway, from 1901 to 1929. As a result of this link with the popular music world, Chappell continued to focus on lighter music, publishing musical comedies by English composers like Noel Coward and Ivor Novello and Americans such as Jerome Kern, George Gershwin, Irving Berlin, Cole Porter, and Rodgers and Hammerstein.

However, concert music was not completely forgotten, and works of prominent British composers like Arnold Bax continued to be published by the firm up until its sale to PolyGram in 1968. Chappell also served as Schirmer's British agent from 1938-1973. After the sale to PolyGram, the emphasis shifted to pop music. The firm was sold in 1984 to a group of USA investors, ultimately sold by them to media giant Warner in 1987. The new resulting firm, Warner-Chappell is one of the largest music publishing companies in the world.