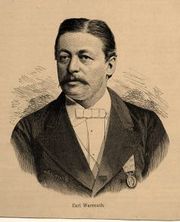 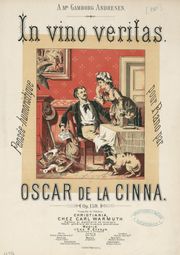 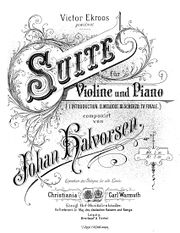 Originally founded by Gottlob Friedrich Warmuth (1811-1892), a horn-player from Thuringia, in 1843 in Christiania (Oslo), Warmuth expanded to music publishing in 1851. In 1861, Warmuth's son Carl (1844-1895) began working for the firm (eventually taking it over entirely in 1874), and in the subsequent years its size and influence increased greatly. During this period, Warmuth acquired its competitors H. Neupert, W. Lindorff & Co., A.M. Hanche, and Edvard Winther. After the 1895 death of Warmuth Jr., the firm was taken over by his widow and managed by Oluv By, who later started his own firm Oluf By's Musikforlag. In 1900, it was sold to a Swedish bank, and the management was taken over by Olav Sørbye in 1903.

In 1908, Carl Warmuth's Oslo branch was purchased by Brødrene Hals, a piano builder and concert promoter, and its Copenhagen branch was bought by Wilhelm Hansen. On 1 January 1909, these two entities were merged to form Norsk Musikforlag.

Its most successful work was Svendsen's Romance (1881), one of the most popular violin pieces of the late 19th c, equal in popularity to Sinding's piano piece Rustle of Spring (Peters, 1896).