The IMSLP Star is awarded you for your wonderful work!

The IMSLP Cleanup Star is hereby awarded to you for your excellent work! 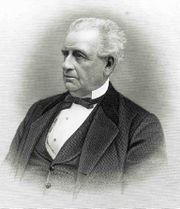 THe Hiram Sibley award is bestowed upon you for your uploads from Sibley itself!

Update December 2022: thankfully, employed, though on a very part-time basis, for the first time in awhile. But this also means I have less time.

Thanks to every lover of music who contributes here.

Biography below this indulgence. (Inserted February 2014)

Also, fellow editors, countrymen... erm, editors. please, please, please please don't put in the date of composition on your workpages when all you actually know is the date of publication. you may not read this, but I can _assure_ you that someone is going to read your workpage and be thoroughly misled, and think that you have information and evidence that you don't. as writing teachers say: stick to what you know.

the Hofmeisters Monatsberichte is a journal published by the publisher Friedrich Hofmeister between about 1829 and 1947, the last of those years somewhat irregularly, and containing information about recent music publications - scores, journals, for instance- and their publishers and prices (not at all just Hofmeister's but many others'.) Now it is very useful as a way of determining approximately when something was first published. there are scans of every issue (just about?) from 1829 to 1947 at the Austrian National Library, here. moreover, a research project at a British university (I think) maintains a searchable collection of transcriptions made from some of those scans- those from 1829 to 1900 - at Hofmeister-at-Rhul.

However. that breathless bit was the basics (I'm by now so used to using those, as tools here, since it's very helpful for any number of reasons to know when something was published. For copyright reasons say. If something was first published before 1923 that has certain consequences for US copyright law, e.g.)

Anyhow. however. the point is. If you make a search at "Hofmeister-at-Rhul" and what you're looking for doesn't immediately turn up, it's a very good idea to learn a few additional tools and tricks before going and writing "niet in Hofmeister" (referring to a certain entry in a certain library database that has me rolling my eyes right now...) Click on the "transcript" or "facsimile" links of a few entries because the search engine only picks up your search word if it's actually on the line - and if e.g. Hofmeisters Monatsberichte in that month (Monats-berichte...) picked up several works by that composer in that category (it usually divides up the month into genres, e.g. works for orchestra, works for salon-orchestra, ...) - then it will list them in individual lines, with the name of the composer only on the first line- and RHUL's search engine will only pick up the first one. you'll have to go to their transcription or the ONB scan to see all the rest of the works, if you're searching by composer... anyhow, that's one, badly-phrased, run-on tutorial which will be improved in due course ;) E.

Written back in January and earlier and later

I do have a Wikipedia page with some more information about me and projects I'm pursuing at that site. This page will be expanded; this stub was written of a Monday morn so that a redlink would not be a wholly lonely (or even extant) thing.

Edit: I also hope to be helpful, though not in a way that requires people to then undo my work overmuch I hope..., in minor maintenance (e.g. adding categories if I see they are missing, that sort of thing. I do that very often on Wikipedia, along with simple interlanguage wikilinks... habit of mine!)

(Um Babel: Auch Deutsch, aber es ist sehr schlecht schwach... (and I needed some help to be confident of some of those words... I hope that is from sleeplessness) - but my memory of my German classes, and some practice, has been enough to fill in when Babelfish and dict.leo.org are producing patent nonsense, sometimes.)

Edit on 10-10-10: I can now create multipage PDFs from multiple image files (though I don't know if I have good software with which to edit them. Maybe.) Composer preference boxes... at bottom. :)

Things I am curious about...

I spend a lot of time here transferring public-domain(ish) PDFs from Sibley Library and other online digital archives, and this requires of course sometimes checking that a name (person's, other piece's) that I think we don't have already here on IMSLP- we actually don't have. Also finding out more information about people and pieces before adding categories/pages. So for example Sibley Library has works by several composers who are hard to place, and I think I may waste space here- or maybe on a subpage instead, but for the moment here - listing people I need to find out more about.

Just a good tip in general for people here :):)

" it's just a good idea to go into preferences and increase your default search to include lots of things, or you may miss what you're searching for :)" - found myself writing that on someone's talk page, but it's true.

Another tip: editing PDFs to remove pages that make bogus claims of copyright: this works if you have Preview on a Mac- the result is not always wonderful, but it's worth a try. If you do, select all the pages in the right hand side, then deselect the offending page, then print selected pages; choose the print as pdf option, then save as pdf. Another tip, for taking a collection of images and saving as PDF: on a PC, you may need to use CutePDF or similar. On a Mac, select the images in Preview, and print selected images 'as PDF'. (Edit: select the following options to optimize, i think. Before printing, check each page for proper rotation, and use the preview function that rotates - easy to find... - to get it there. Though it might be better to have them 'as is' as they'll fill the pages better if in their original alignment and not re-rotated to left-right since this can be done after printing, whereas what I suggest may change page size too much.. I don't know. It's debatable? ... -
Now select all pages (command-A) and choose the print all selected pages option. Then look for paper size and choose "letter (borderless)." Turn off auto-rotate or you'll have different pages at different angles (some left-right, some up-down) when you might not want them that way.) Now go to the bottom left of the window(?), pull down the options, select 'print as pdf', choose an appropriate name for the PDF file and a similar internal name for the PDF too :), and save away :). Then especially the first few times, open the new PDF to make sure it's what you want. If my instructions are incomplete, please tell me. I may not be writing down everything I remember doing.-ES, 27 October 2010

Another tip- for finding out whether a score you want to scan or upload already exists in digitized form online somewhere (Sibley, SLUB-Dresden, Australia, U Michigan, BSB, Library of Congress, etc. etc. etc.)- : go to Worldcat.org , search for information about the score (brahms symphony 3 - or something :) ), home in on the score (by clicking 'musical scores' or similar to the left of worldcat- or internet resources if it's there, though that can be misleading and refer sometimes to recordings available to people at universities- but anyway)- and check the resulting library catalog listings patiently, the ones published before 1960 (1923 if you're in the USA) to see if they mention digital links (like hdl.handle.net , or others.) (12 Oct 2010)

Have noticed that BSB only allows you to use their PDF-maker about 12 times every 24-hour period (presumably? beginning around 0000CET? so will try again next I can- today after 6pm EDT, as I have compiled on my HD - I might put it up here for general use, indeed perhaps it might benefit from sharing, I begin to think so the more I give that thought!... a backlog/list of compositions I want to download, and given the quality and diversity of their scans, it will only increase. On Wikipedia I'd create a subpage for that... hrm... Eric 17:20, 27 October 2010 (UTC)

If you have an RSS reader- I use www.google.com/reader , the one that's built-in to my "google account" - you can be automatically notified of new uploads to Sibley Library (subscribe to Sibley's recent acquisitions feed ) and to BSB's 'Aesthetica' (which includes Music) division (subscribe to this XML feed.) You can also go to this BNF page (BNF - French National Library) and add the RSS feed for BNF Scores to Google Reader, Yahoo's RSS Reader, or NetVibes, or just subscribe using the XML directly. - ES 27 Oct 2010

Composers and Works to Add when I can

Will add very much more to this list later of course. (still to do)

Works by Taubert to add from LoC

(Since I can't right now, not from this computer, will have to wait until I'm back "at home")

Died in 1961 - can I find any works by any of these composers digitized online?

Composers who died in 1963? (aside from Poulenc, Hindemith, Bachmann)