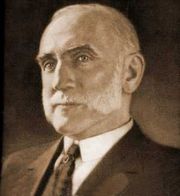 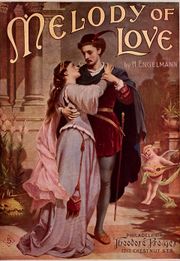 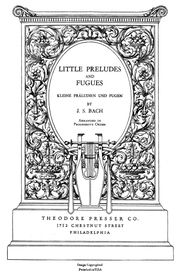 Theodore Presser (1848-1925) started studying the piano, organ and composition at New England Conservatory in 1873. In 1876 he became head of the music department at Ohio Wesleyan University. From 1878 until 1880 Presser went on studying the piano and composition at the conservatory in Leipzig. He worked as a professor for music at Hollins College from 1880 until 1883 and in 1883 also at the Summer School at the University of Philadelphia.

In 1883 Presser founded the periodical The Etude, a magazine for music pedagogy which merged with Brainard's Musical World in 1895 and was easily the most well-known and widely circulated journal devoted to pianists and piano teachers until its closure in 1957.

In the same year as he founded his magazine, Presser established the Theodore Presser Music Publishing Company in Philadelphia, which was to become a significant publishing house. It published a wide range of works, from domestic songs to professional level piano works and chamber music.

The company increased its growth also by acquisition of other publishers, including Ditson (1937), Mercury and Elkan-Vogel (1970), among others. Presser enjoys wide representation in other countries as well, which can be seen by perusing its listing of worldwide affiliates. In 2001, the archive of the company was purchased by the Library of Congress.

Presser was also known as a philanthropist; he established the Presser Foundation in 1916 which includes the Presser Home for Retired Music Teachers and other charitable organizations.

Format: ##### - ## with the numbers after the hyphen being the number of music plates for the particular work.