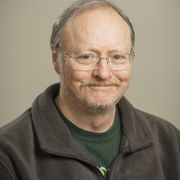 Richard Yates began learning classical guitar as a teenager with Joseph Mayes and then Peter Collona. Decades later he studied with John Doan in Oregon. During this period his main efforts turned to transcribing for classical guitar music that was originally written for other instruments. For sixteen years his columns were a regular feature in the Guitar Foundation of America's journal, Soundboard. These presented transcriptions along with commentary on the music, composer, and the process of transcription.

Collections of his transcriptions of music by Chopin, Grieg, MacDowell, Mendelssohn have been published by Mel Bay, Inc. Unpublished transcriptions have been available for free on his website, www.yatesguitar.com for the past 20 years. A change in direction from the guitar to the viola da gamba prompted a summing up of the guitar works and a desire to see that they continue to be available for guitarists, and so they have been compiled into one very large collection that can be downloaded from the International Music Score Library Project.

Collections by or with: Yates, Richard

The following 1 pages are in this category, out of 1 total.

The following 49 pages are in this category, out of 49 total.

The following 2 pages are in this category, out of 2 total.