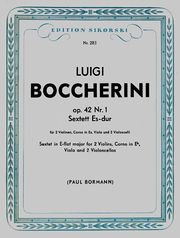 The firm was founded in by 1935 by Hans Sikorski (1899–1972), whose maturity (1920-50) coincided with the most turbulent years of a stormy half-century in central Europe. Sikorski came from Posen (now Poznan, Poland) in Silesia, and was educated there, finishing his education with a doctorate in economics at Marburg. He was interested in student affairs, producing a graduation thesis on Die Wirtschaftspolitik der Deutschen Studentenschaft (1924), and first found employment from 1926-33 as the manager of the Deutches Studentenwerk (German student association), of which he was a co-founder in 1921.
Sikorski joined the NSDAP (Nazi party) in 1935 and was also a member of the Kameradschaft Deutscher Künstler (German artists’ society).


From 1934 he was active in publishing beginning as the editor of the magazine Geistige Arbeit (intellectual work) at Walter de Gruyter publishing and manager of Buch- und Tiefdruck GmbH. His publishing company known as the Neuer Theaterverlag (New Theater Publishing), founded in 1935 in Berlin, soon achieved success in the fields of popular music and publications related to theater and musical theater. Government policy of the time influenced the choice of authors and composers, since there was a strict anti-semitic rule. In addition Jewish music publishers were forced to sell their businesses to Aryan publishers, and in this way Sikorski took over two long-standing publishers: Josef Weinberger, renamed Dr. Hans C. Sikorski KG Berlin, and Anton J. Benjamin, including the latter’s subsidiaries N. Simrock, D. Rahter and City, renamed Dr. Hans C. Sikorski KG Leipzig.


In addition to these music publishing activities Sikorski was an official in the Cautio Treuhand GmbH of Max Winkler (1875–1961) which nationalized (and Aryanized) the film industry in Germany and the occupied countries.
During the war (1939-45) Sikorski was not called up for military service, but continued his pre-war activities. However, in 1942 Sikorski was imprisoned for several months under the Heimtücke-Gesetz (law against malicious gossip) for making inappropriate comments about the attack on Franz von Papen, ambassador to Turkey. After the destruction of his premises in Berlin and Leipzig in 1943 in allied air raids he moved in 1944 to Bad Aussee, then to Bad Kissingen.


From 1945–46 he was interned in the U.S. occupation zone and underwent de-nazification in Hamburg. He was first put in category IV (Mitläufer or collaborator) but was changed on appeal to category V (Entlastete or innocent). After regaining his business license he had to deal with restitution claims by owners or relatives of owners of firms such as Weinberger and Benjamin. Finally he restarted the firm in the relatively undamaged Hamburg branch which formerly belonged to the old firm Joh. Aug. Böhme (founded 1795).

Often issued with prefix "H.S". Normally the plate nos. and the given Edition Sikorski nos. will be identical (to be confirmed), here below are just the plate nos.