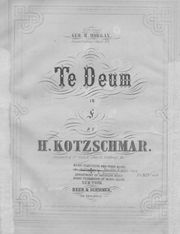 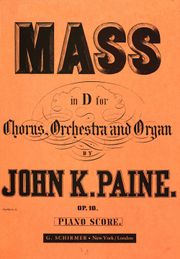 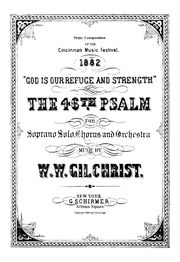 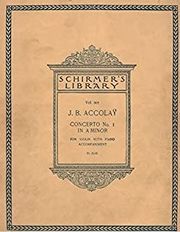 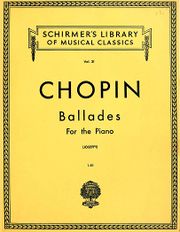 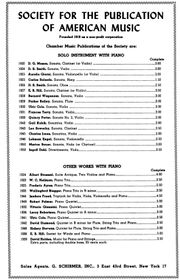 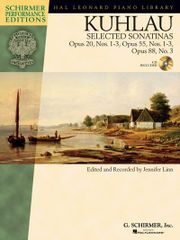 Schirmer is one of the leading, and oldest, US publishers of classical music.

It was founded in 1861 by Gustav Schirmer, Sr. (1829–1893) son of a German immigrant to New York. Schirmer was manager of the New York publisher Kerksieg & Breusing by 1854. Along with his colleague Bernard Beer he took this company over in 1861 to form Beer & Schirmer. Beer sold his interest in 1866 and by 1891 an engraving and printing plant was established, facilitating the rapid expansion of the catalogue.

The famous yellow-covered Library of Musical Classics first appeared in 1892. Over 20 years later, in 1915, The Musical Quarterly, the oldest academic journal on music in the U.S., was founded by Schirmer in co-operation with Oscar Sonneck (1873-1928, editor 1915-1928). Between the wars it also published scores for the Society for the Publication of American Music (1919-69).

After the 2nd World War the firm passed out of Schirmer family hands. In 1968 it was bought by Macmillan, who sold it in 1986 to Robert Wise, the owner of popular music publisher Music Sales, Inc. Music Sales designated Hal Leonard as the sole distributor of the Schirmer catalogue the same year.