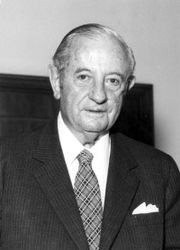 This firm was founded in 1948 by Günter Henle (1899-1979), a gifted amateur pianist and former diplomat. In 1933 he had married Anne Liese Küpper, the stepdaughter of the industrialist Peter Klöckner (1863-1940). Since Peter Klöckner's only son, Waldemar Peter Klöckner, had sadly been killed in a car accident in 1931, Henle was soon invited to join the family firm and from 1937 was in a leading role. Klöckner was Germany's Carnegie who built up a vast conglomerate of coal mining, steel and engineering interests and formed the Klöckner Humboldt Deutz concern rivalling Thyssen and Krupp. From about 1930 to 1980 it was a major vehicle and motor manufacturer, but is best known these days for the former Magirus Deutz truck brand and the current Magirus fire trucks

Henle's aim was to present the original text of the classics with maximum legibility and good design. They used the term Urtext from the start. Henle also publishes study scores, electronic scores, complete editions (including the monumental Haydn), and Das Erbe deutscher Musik, a companion series to Denkmäler deutscher Tonkunst which began in 1935 and is currently over 100 volumes.

Note: the List of Plate Numbers could be found on a individual page.