Javascript is required to submit files.

This collection contains all the items in David's Concert-Studien für Violine for which Hermann provided the piano reductions. Presumably, no longer a young arranger in the 1850s, but now in the 1880s, having had a distinguished career as a violin teacher and arranger as well as a piano arranger, in fact probably the most prolific arranger of the 19th century, Hermann and his publishers felt that his own name rather than David's would ensure the success of this project. He appears to have re-used his earlier piano reductions. See the notes to Concert-Studien 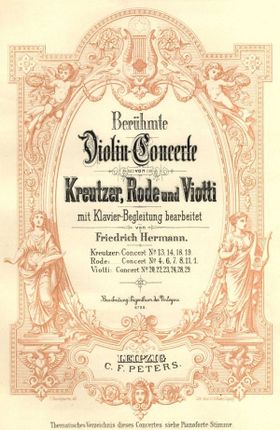